The club’s first foray into the National Metro & Mini Show at the British Motor Museum at Gaydon on 4 August was a big hit with visitors looking at the cars and chatting with their owners throughout the day.

Honorary member Paddy Hopkirk MBE joined us in the afternoon, going round the display and taking a particular interest in Peter Gibson’s restored 1961 Austin Mini Cooper, which was featured in the April edition of MiniWorld.

Paddy posed for many selfies and made a visitor from Chile’s day by signing the roof of his car. Look out for it next weekend at the IMM in Bristol.

Thanks to all the members who took part. 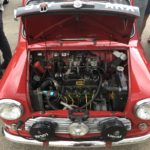 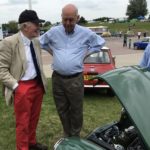 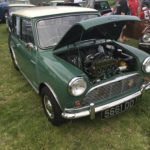 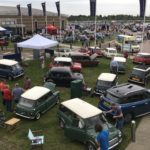