As a team of Mini specialists, we’re very passionate about the true British icon that is the Mini Cooper. It’s not just a stylish vehicle that looks great, they’re powerful tools of automotive engineering and our team of drivers have performed superbly in racing events in previous years, showcasing both their incredible talent as drivers and quality of the vehicles they’re driving.

The history of the Mini Cooper

The Mini Cooper is arguably one of the most easily recognisable automobiles ever produced. The original Mini started production in the late ‘50s and quickly became one of the best selling cars in Europe, with many attributing the transverse engine front-wheel drive layout as a main factor of this success.
Like many inventions throughout history, the Mini was invented to meet a demand. During the 1950s, Great Britain had great need of a vehicle with high fuel-efficiency.

As such, in 57 Sir Leonard Lord (of the Morris Company) asked his top engineer, a man called Alex Issigonis to lead a team of designers with the goal of providing a solution to this demand. The vehicle created as a result was a compact vehicle with a transverse engine and a gearbox (allowing for front wheel drive) and all four wheels being pushed out to the far corners of the vehicle, maximising both interior space and handling of the vehicle.

Many features that enthusiasts love about the classic Minis were originally included to keep costs to a minimum. This includes external door and boot hinges, and of course the sliding windows which were used instead of the more expensive roll-up style side widows.

However, shortly after this vehicle reached the market, John Cooper (the race car builder) saw the potential in this vehicle, the engine’s displacement was increased from 848cc to 997cc, SU carburetors increased the power from 34 to 55 horsepower, and front disc brakes and a close-ratio gearbox were added to complete the performance boost.

The origins of the Mini Cooper S

In the early 1960s, a more powerful Mini Cooper vehicle was released. Dubbed the Model S, this Mini came with a superb 1071cc engine and large servo-assisted brakes. This superior and more powerful version of the Mini Cooper was sold for a year, and sold a total of 4,030 models.

However, this was not the only S model produced, two other S models were also produced specifically for circuit racing, one of which the 1275cc Cooper S model for Under 1300cc classes was produced until ’71.

The Mini Cooper in motorsport

The Cooper S is a very successful vehicle in the world of motorsport. In fact, the Monte Carlo Rally has had numerous victors in Mini Coopers, including the 1964, ’65, and ’67 winners.

Here at Mini Sport, we proudly and passionately race our Minis in some of the most exciting events throughout the country. For example, last year, Team Mini Sport took part in the Mull Rally, an annual event which is attended by many motorsport VIPs, in which Daniel Harper & Chris Campbell from Team Mini sport finished 2nd. As passionate Mini Cooper enthusiasts, we’re always happy to demonstrate that whilst the Mini is indeed an automotive icon of British culture, it is also a superb racing machine.

Simply put, Mini Coopers are our passion, ever since the halcyon days of the Mini; we have been there, providing parts and spares to fellow enthusiasts from all over the world. As a result, we have established a world-leading service in the supply of everything Mini; it’s still going strong over 50 years later.

In fact last year we were approached by Mike Cooper, son of the legendary John Cooper with the prospect of re-launching the ‘Cooper Car Company’ in association with Mini Sport. Our exclusive Cooper Car Company collections are internationally recognised for reliability and power; taking direct inspiration from the original parts designed by John Cooper and Charles Cooper when the company was founded in 1946, with classic styling and high-grade quality.

Why buy from Mini Sport?

As part of our Exclusive Collections, we stock a diverse and bespoke range of Mini Parts, Components, and Memorabilia which is designed and manufactured in collaboration with some of Mini and Motorsports’ most notable names and talent. In our Exclusive Collections you’ll find products that are only available at Mini Sport, however that is not all you’ll also be able to browse through acclaimed with custom designs and style, which evoke the authenticity and heritage of our favourite Classic Car, the Mini Cooper.

In addition to the Mini Cooper parts and memorabilia available, our team can also provide restoration and repair services for a diverse range of Mini models. So if your classic Mini requires restoration services due to damage or wear and tear, get in touch with the Mini Sport team. We have restored a range of Mini models from across the globe to personal specification, making specific effort to retain original parts and authenticity where possible, preserving the legacy and character of this unique and inspirational vehicle. In fact, we have become internationally renowned as experts in the restoration of Classic Minis.

Get In Touch With Our Team Of Mini Experts Today

If you would like to learn more information regarding our company or our services, please don’t hesitate to get in touch with our team of Mini experts. You can speak to us by calling 01282 778 731 or alternatively you can send any questions or enquiries you have to us via e-mail at sales@minisport.com. 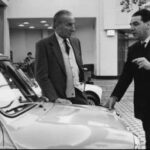 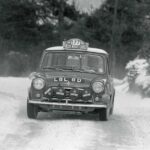 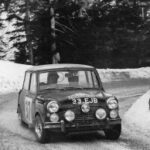