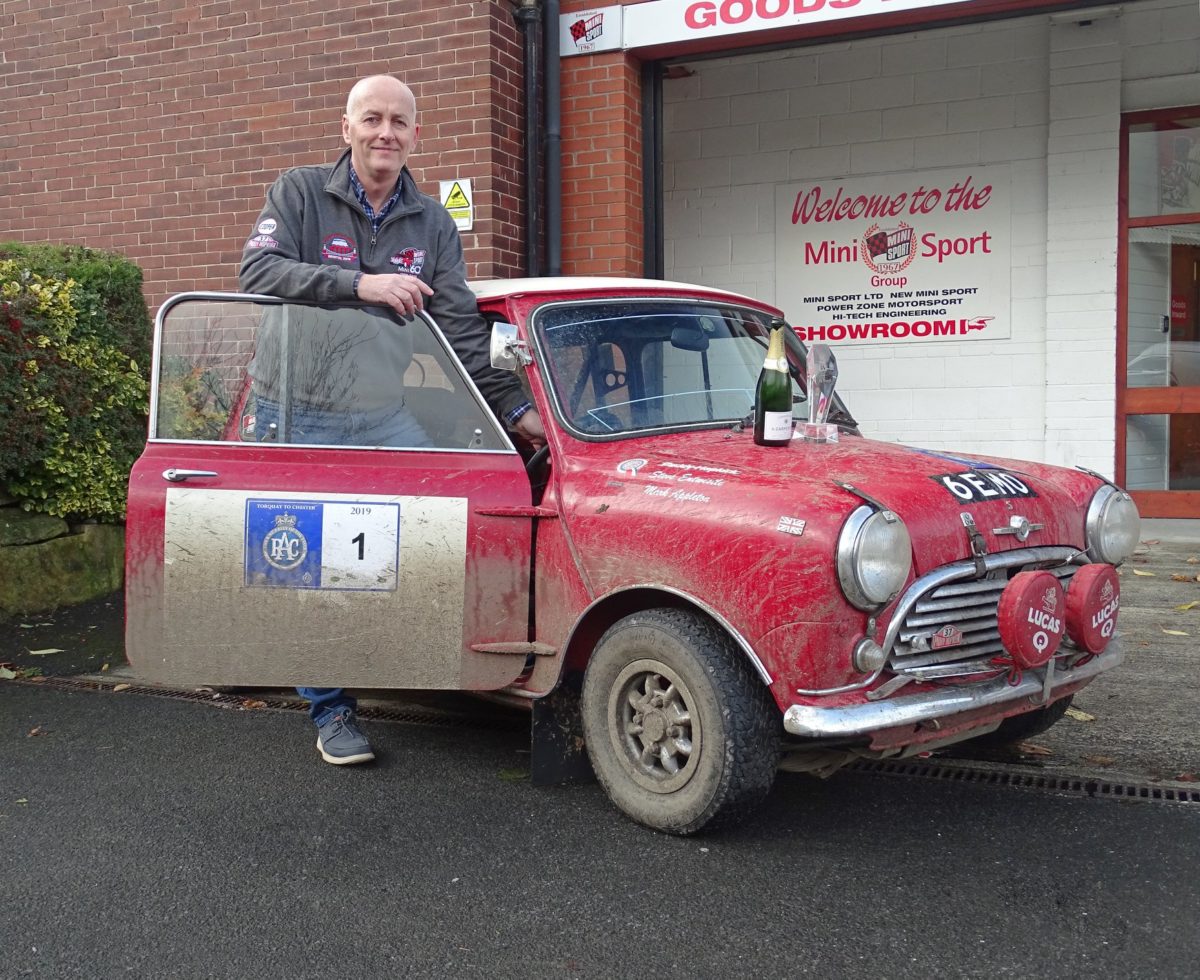 Mini Sport’s Cara Jackson takes us through the event won by Steve Entwistle, who piloted Paddy Hopkirk’s 6EMO to victory over three days, plus a Thursday evening Prologue to determine the start order, from Torquay to Chester, through rain, mud and snow.

Maintained and prepared at Mini Sport, Paddy’s Morris Cooper S already had a vast amount of pedigree; it’s been 55 years since Paddy first competed in the Rally of the Tests with the same car. In 1990, Paddy and Alec Poole (who built the 6EMO) won the ERA Pirelli Marathon whilst piloting it and Paddy even lent it to rally greats Rauno Aaltonen and Roger Clark, who competed in the Rally of the Tests in it themselves – however, only Paddy Hopkirk and Steve Entwistle have won in 6EMO!

With rain and recent high winds causing extra leaves to bury parts of the course on the Prologue, Steve and Mark Appleton made a great start, holding off a challenge of Dutch crew, Alexander Leurs and Bas de Rijk, in their Opel Ascona, to grab top billing.

Seedings sorted, Day One of the Rally started from the slick surfaces of Porlock Hill through the rough grounds on the way to Bristol. Steve and Mark still led the pack by 20 seconds at the end of the stage – a tough one for all crews, Mark commented that although they were ‘pleased’ with the lead, they were aware that it could be gone within ‘a blink of an eye’ – the next day’s NEC showcase test would suit the Mini best.

He wasn’t wrong! Day Two saw the crews navigate from Bristol towards Swynnerton, Staffordshire. This stage was the first-ever live rallying competition to happen at The Lancaster Insurance Classic Motor Show at the NEC in Birmingham.

Like any great rallying event, the final stage should offer the toughest challenge – and boy, didn’t we get that during the final day as crews travelled from Stoke to Chester. Day Three caused navigational challenges, especially in North Wales, as the remnants of overnight snow slowed down the field – as did the uphill sections with its mix of mud and ice in parts.

After his previous podium finishes left him just short of the top spot, Steve was understandably delighted with the finish, commenting:

“I’ve been rallying for 30 years and this is the best thing that has happened to me. It’s also a win on the Mini 60th Anniversary plus 54 years since a Mini won the RAC Rally!”.

So, a massive well done to Steve and Mark for their fantastic win! Throughout the year, Mini Sport’s stable of drivers compete in many events up-and-down the country, as well as overseas – we even have our own Mini rallying competition “The Mini Sport Cup” as part of the HRCR Old Stager Championship. 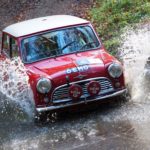 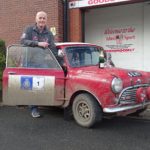