Skip to content
Back to Rover Mini Cooper Register (1990-2000)...
https://www.minicooper.org/wp-content/plugins/wp-symposium-pro/forums/../css/images/wait.gif

Hi Does anyone have a genuine picture of the engine bay of a Mini Cooper that has been converted by John Cooper garages ?
Also were the converted heads ever painted blue ? Just need to clear up some issues before starting a renovation Thanks

I can't help you with an engine bay shot, but I have had two Cooper Conversions.  The first was a Mainstream Cooper and the second a 998 conversion.  In both cases the cylinder head was blue. 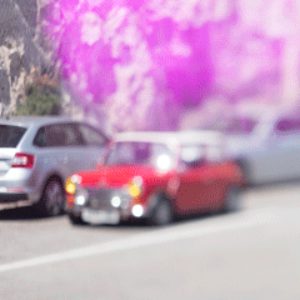 I have a JCC on a 1990 Flame if that helps.  I do know that the majority of heads were painted a fairly bright blue colour. I think that these were the ones supplied by Janspeed.  But not all heads were blue. Mine is actually a yellow-green colour and it's been untouched since 1990 when it was fitted. 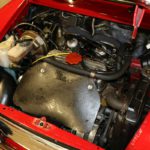 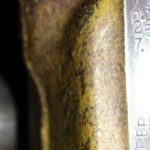 Hi All thanks for the replies a real help. I'll probably be asking more questions later in the renovation. If there are anymore of these types of querks with the JC Conversion cars it would be very useful to know.
Thanks again

Here's one of the JCC heads in blue to give you an idea of the colour. 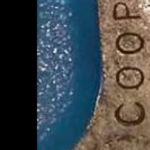 Thanks for the picture 🙂

I have just bought a 1992 Spi Rover Cooper. Its a 13K miles car. Totally original.  I have always wanted the Cooper and had wanted to convert using the John Cooper tuning kit sold via Mini Sport.

I have been told by a couple of people to NOT convert. Reliabilty (oil leaks) has been mentioned, and it actually is only effective with shifting down and revving high to get the best - it sort dies if you leave in fourth and try to accelerate - not great on torque. And lastly, just the leave the car 'as is.'

So, what has been the experiences of anyone who has done the conversion? Is it worth the money to get the official kit for the improved performance ?

Lastly, will I harm the value of the car ? It's completely original.

It does depend if you brought for investment or pure fun and to run it into the ground !!

I've just joined the register and have a Rover MPI Mini Cooper Classic, one of the last Mini's produced (registered Nov 2000). She (sorry tend to name my cars) has covered £30K and is unmolested immaculate and all original.

I'm also keen to add the John Cooper Works conversion, do you think that spending an additional £2350 on a genuine conversion will actually de-value the car? The Cooper Sports seem to be a valued higher than the standard Coopers.

Firstly welcome to the register and the forum.  As Patsy advised David, fit it if the cars is purely for fun and you want to enjoy it.  However, if you are looking at the car as an investment then leave the car standard.  I don't believe that the current JCC kits sold by MiniSport hold the same cache as the oringinal ones fitted in the very late 80's and 90's.  Unless someone can correct me on this 🙂