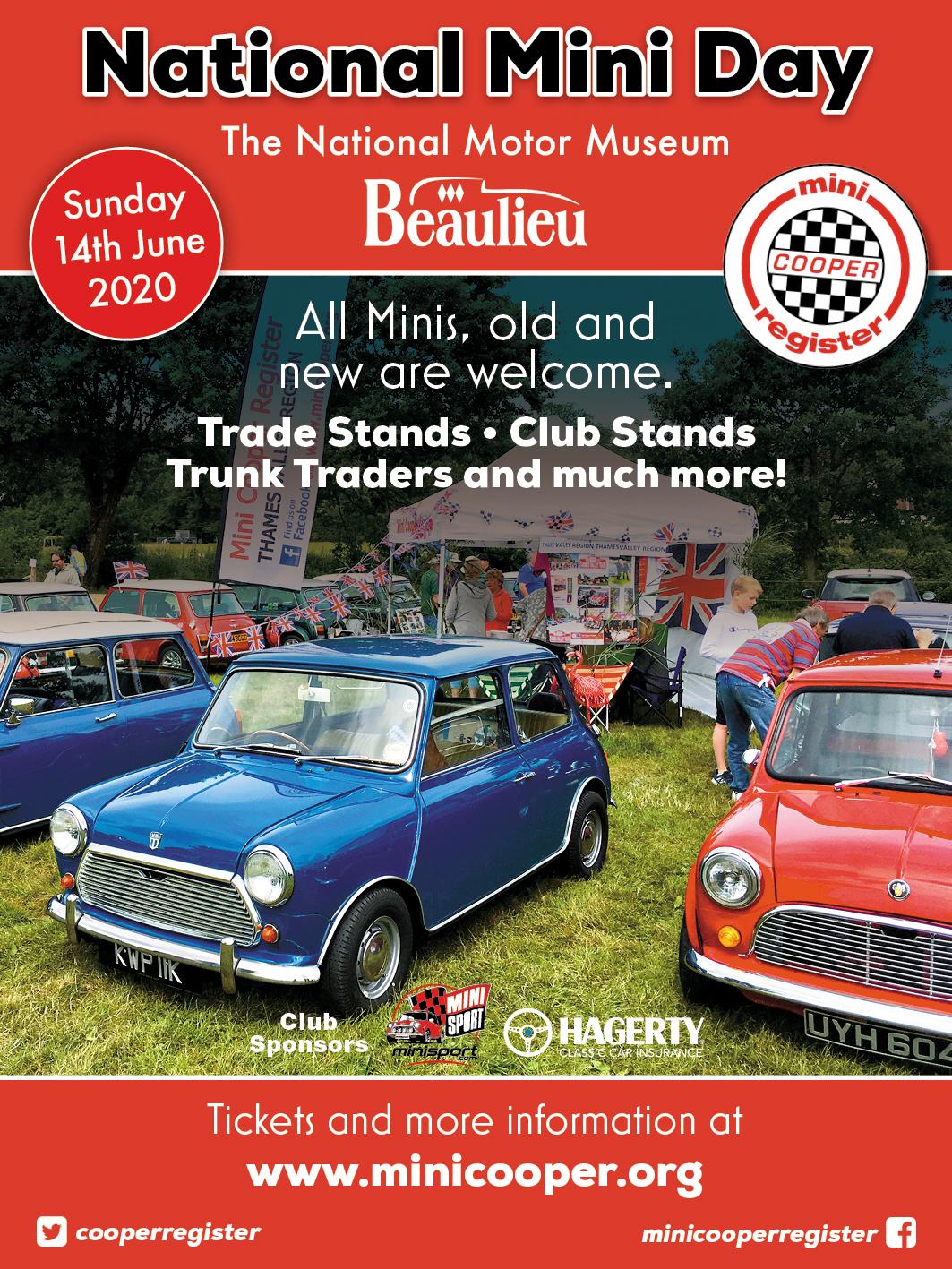 The Mini’s 60th birthday may well have gone, but there is still much to celebrate in 2020 and Mini Cooper Register plans to do just that at its National Mini Day at the National Motor Museum, Beaulieu on Sunday 14 June.

The event, originally titled “Mini Cooper Day Out” was first held at Beaulieu on 13 June 1982 and was organised by the East Dorset branch of the Mini Cooper Club. It comprised 33 cars, but this number rose to 150 in the second year and, today, is one of the most popular events in the annual calendar.

The central arena will focus on ordinary Minis, from the comparatively standard to the rather more radical. The Mini scene has always been one of variety and can, probably, boast of having more accessories and modifications available from the 60’s onward than any other car.

MCR is a club for all Mini enthusiasts and this display will showcase the sheer range of cars that are owned by members.

Expect to see standard 850’s as well as with thoroughly modified examples including commercials, estates and Hornets/Elfs, as well as some of the rather better equipped MINIs of the 21st century.

Around the edge of the arena will be displays of each register within the MCR, with two of each car from MK1 Coopers to modern MINIs, and registrars and owners will be happy to answer any questions.

The ever-popular ex-works and competition cars will be in their usual spot adjacent to the arena. Every year, this display attracts significant attention and organiser Tony Salter says that this year will be no different, with an impressive range of cars expected.

Beyond the ex-works and special tuning display will be a special gathering of RSP Coopers celebrating their 30th anniversary and the revival of the Cooper brand.

As usual, there will be plenty of trade stands for those that enjoy shopping. National Mini Day is a much anticipated occasion to rummage for hard to find bits and pieces in the autojumble including the trunk trading area.

The concours, which is respected by many competitors as the pinnacle of Mini shows, was oversubscribed last year and although entry on the day is available, early pre-booking is advised., 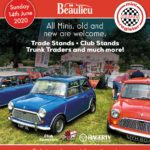