Our joint sponsors Mini Sport Ltd have made a number of announcements for the upcoming International Mini Meeting in Bristol.

On Sunday 11th August, as part of the Mini Sport BMC Reunion Celebration, car GPH1C – John Rhodes Cooper S – will be on display. GPH1C has become one of the most iconic Minis in the history of the Cooper Car Company, having raced with many notable drivers at the helm, including John Rhodes, Paddy Hopkirk and John Handley.

Paddy Hopkirk himself will be there, as will Mini Sport’s second guest, world renowned Mini Motorsport legend Stuart Turner, who will be on the stand for the BMC Abingdon Reunion..

A highly successful rally navigator, Stuart Turner won the 1960 RAC as the co-driver for Erik Carlsson in a Saab. A man of many talents, Stuart is the former Sports Editor of Motoring News, also being credited with having written over 20 books throughout his life.

Instrumental to the success of the Mini in competition, managing the BMC Comps Department between 1961 – 1967, Stuart is the man who convinced a young Paddy Hopkirk to join the BMC. He has been described as “the most successful BMC Competitions Manager” with both Monte Carlo and Spa-Sofia-Liege rally victories to his credit.

Mini Cooper Register will also be at the event which comes to the UK every five years. 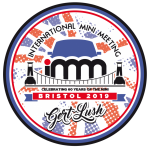 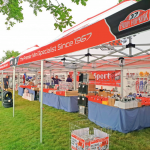 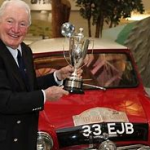