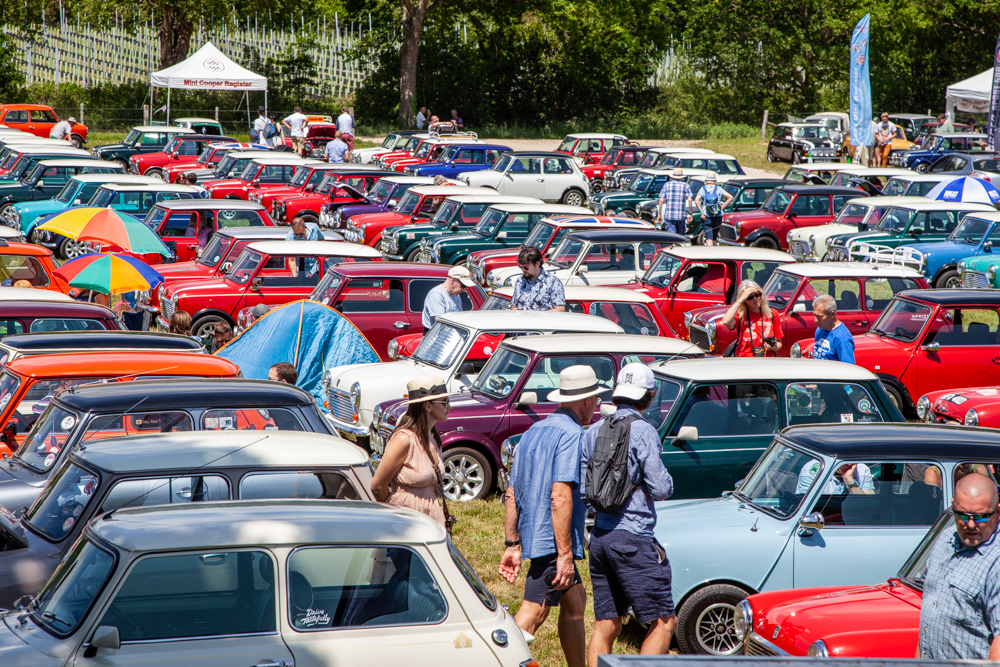 The 2021 National Mini Day has come and gone and despite the slightly slimmed down nature of the event, a good time seemed to be had by all.

The social restrictions in place this year forced us to reduce the size of the event but the enthusiasm of the people attending more than compensated for this.  The sun shone bright and hot throughout the day which helped to show off the cars that people had clearly spent a lot of time preparing.

There was no shortage of cars to see either, with the Central Arena displaying a Cooper for every year that it was manufactured between 1961 and 2000 as well as cars representing the current MINI range.  There were two beautiful additions of the Mini Super and the RSP which were both included because of the role that they played immediately prior to the two main classic Cooper production runs.

The Ex-Works and Competition Register also had a fine turnout of 20 cars which included many works examples including EJB 55C and LRX 828E, both fresh from restoration by Chris Spennewyn.  On display too was Simon Drew’s much used Special Tuning built 1275 GT which had driven from Scotland to be there.

As usual the various registers put up displays of their members cars with some superb examples of minis, both ancient and modern.  Because of the number and variety of cars produced over the years it’s never really possible to cover everything but if it wasn’t on show in the arena, a brief walk around the thousands of cars in the club stands and the parking areas was sure turn up your particular favourite.

This year we were pleased to welcome Brian Culcheth, Andy ‘Ace’ Harrison and Bill Price, all honorary members as well Michael Cooper, our honorary president.  Andy also presented the various awards in the afternoon as well as accepting one for his own region, Yorkshire, and being interviewed with many others by Peter Barker who stepped in at short notice to act as the MC for the day.

The Concours d’Elegance was well supported as always with some beautifully prepared cars and the results are shown in a separate news post along with the names of others who received awards at the show.

Beaulieu is not all about cars however, its about people.  Yes, we had to be careful of course, but you only had to look around you to see people enjoying picnics and chatting with friends to realise that we had been missing a lot over the past year.  It was great just to see so many people smiling and relaxing in the summer sunshine again.

If you were a visitor, we sincerely hope that you enjoyed the day as much as we did and we hope that we will see you again next year by when we should be back to normal.

As ever, events such as this don’t just happen, they are created with a lot of hard work.  Our very own Vice Chairman Tony Salter spent months putting the whole thing together and its worth mentioning that it was done from a very delayed starting point as we only committed to the event at the end of February this year.  Tony was not alone however, his wife Sally was, as ever, there to help.  There were many club members on hand to help out of course but you can never have too much help with an event like this so, if you want a free ticket to next year’s show, please consider volunteering, it makes a real difference. 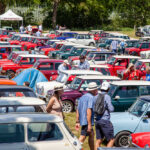