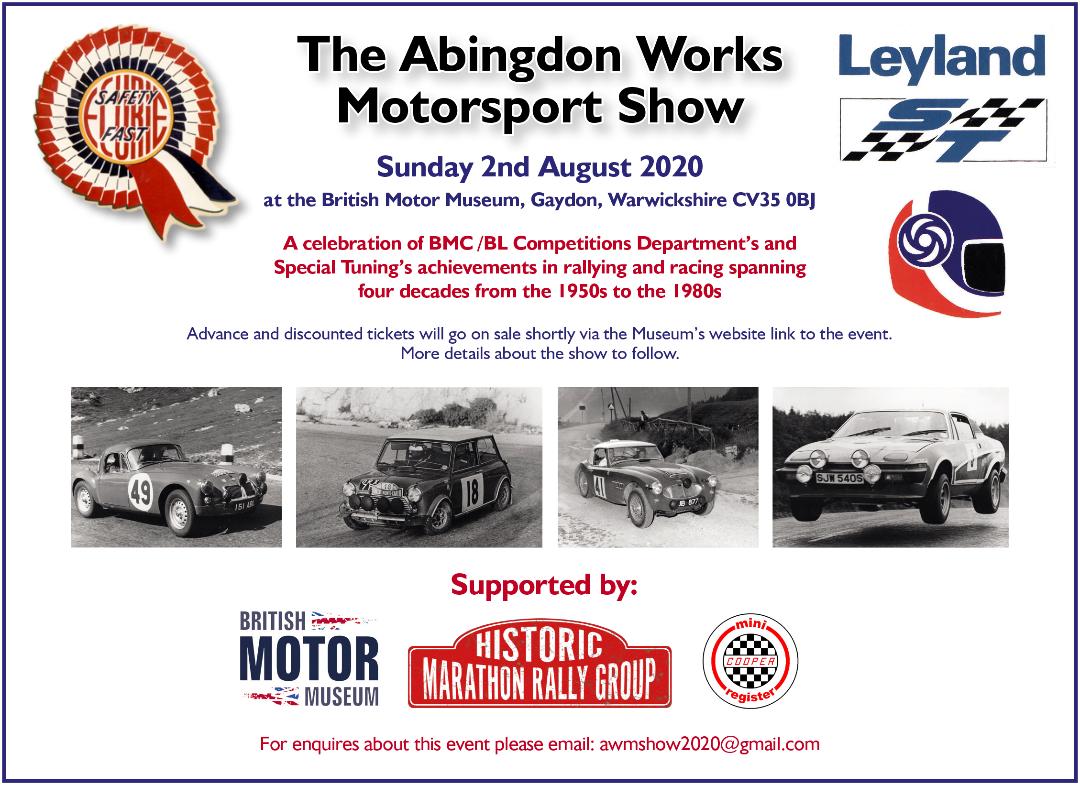 Mini Cooper Register is linking up with the British Motor Museum, Historic Marathon Rally Group, Austin Healey, MG and Triumph Car Clubs for a celebration of BMC/BL achievements in rallying and racing from 1955 to 1980.

The show will feature various models of Ex-Works cars, which were prepared by the Abingdon Competition and Special Tuning Departments, and brought uniquely together again at the British Motor Museum complex at Gaydon in Warwickshire on Sunday 2nd August 2020, from 10.00am.

The Museum is already home to three Monte Carlo Rally Mini Coopers, including 33 EJB in which Paddy Hopkirk MBE and Henry Liddon triumphed in 1964.

“As well as the cars, we will be getting the people who worked on them together again” said club magazine editor Paul Sulma, one of the show’s organisers.

“There is still huge interest from fans in the history and achievements of the designers, mechanics and everyone involved in a golden era of motor sport and rallying.”

For more information and tickets, go to http://www.britishmotormuseum.co.uk 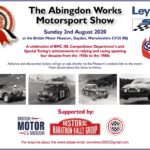